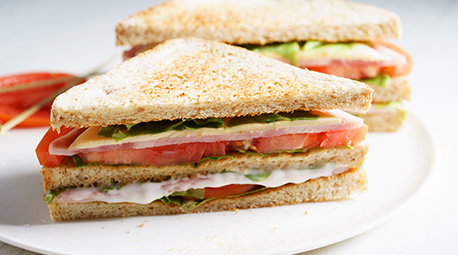 
A large convenience food company in France was using a dosing unit for spreading butter on their ready to eat sandwiches. A mechanical knife was being used to spread the butter on the slices. Unfortunately this solution caused a variety of problems.

Firstly, it was very hard to control the amount of butter per slice. Between different sandwiches there was a variation in total butter volume that was being used and the way it was spread on the slices.

Secondly, lots of butter was falling from the knife on the conveyor belt, messing up the whole line, including the sandwiches. This resulted in unacceptable scrap rates and increased down time because of cleaning and maintenance.

To solve the inconsistent quality and conveyor contamination issues the sandwich producers decided to look for a solution. 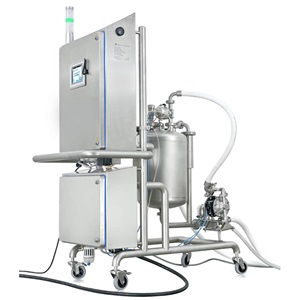 Using the AutoJet® AccuCoat® Modular Heated Spray System has dramatically improved the butter dosing process. Every slice can be sprayed evenly with exactly the same amount of butter. Waist is reduced significantly and the consumption of butter has been reduced by approximately 25%. The quality and appearance of the sandwiches improved a lot. Downtime for cleaning and maintenance has been reduced by approximately 20%. Overall these improvements have resulted in an estimated payback period of nine months.

Reducing Energy Use Through Spray Technology