Phase Doppler Interferometer (PDI) instruments measure drop size, velocity and volume flux at a point within a spray plume. These instruments provide the most detailed information of the spray characteristics by characterizing each droplet that passes through the probe volume and building up accurate ensemble statistics.

PDI Overview
The probe volume is formed by two (or four) intersecting laser beams, which provide a non-intrusive, high spatial-resolution measurement point. Spray pattern characterization can be performed by moving either the instrument or the nozzle itself and collecting data at numerous specified locations. This information is then combined to represent the drop size, velocity or volume flux distribution throughout the spray pattern. Further analysis with the Phase Doppler Particle Analyzer (PDPA) allows combination of the information from the many individual data points to provide volume flux and area weighted average spray pattern statistics. Spraying Systems Co. primarily uses PDI-HD, PDI-Standard and PDI-Turnkey instruments.

These instruments are used in the spray community to provide the highest resolution data for both academic and industrial investigations. Examples of past projects using the phase Doppler analyzers at Spraying Systems Co. include detailed prototype nozzle analysis for the aerospace industry, and process optimization using nozzles in a cross-flow environment.

Method of Measurement with PDI

The frequency shift of the predetermined interference pattern is proportional to the droplet’s velocity; this method is commonly known as Laser Doppler Velocimetry, or LDV. Also, there are three detectors within the phase Doppler instrument’s receiver unit that detect the interference burst pattern; the relative phase shift of this signal at each of the detectors is proportional to the droplet diameter. The phase Doppler instruments count and analyze each interference pattern as it is detected, and thus characterize each individual droplet that enters the probe volume formed by the intersecting laser beams; this is a flux-sampling method.

In conjunction with the PDPA, PDI instruments provide data with the highest spatial resolution, generate a unique combination of output variables, and sample each droplet to provide flux measurements. The unmatched range of output spray characteristics and the accuracy of the measurement make the instruments capable of providing the most detailed measurements within a spray. The high-powered lasers allow measurement within a light to medium level of spray droplet density, and allow the characterization of points within the spray pattern without a loss in accuracy due to droplets entering the laser beams outside of the laser-intersection region.

However, due to these unique benefits, the measurement time is increased to allow multiple points to be measured within the spray pattern, and to allow extended data analysis, which is often required to process the results into actionable data. 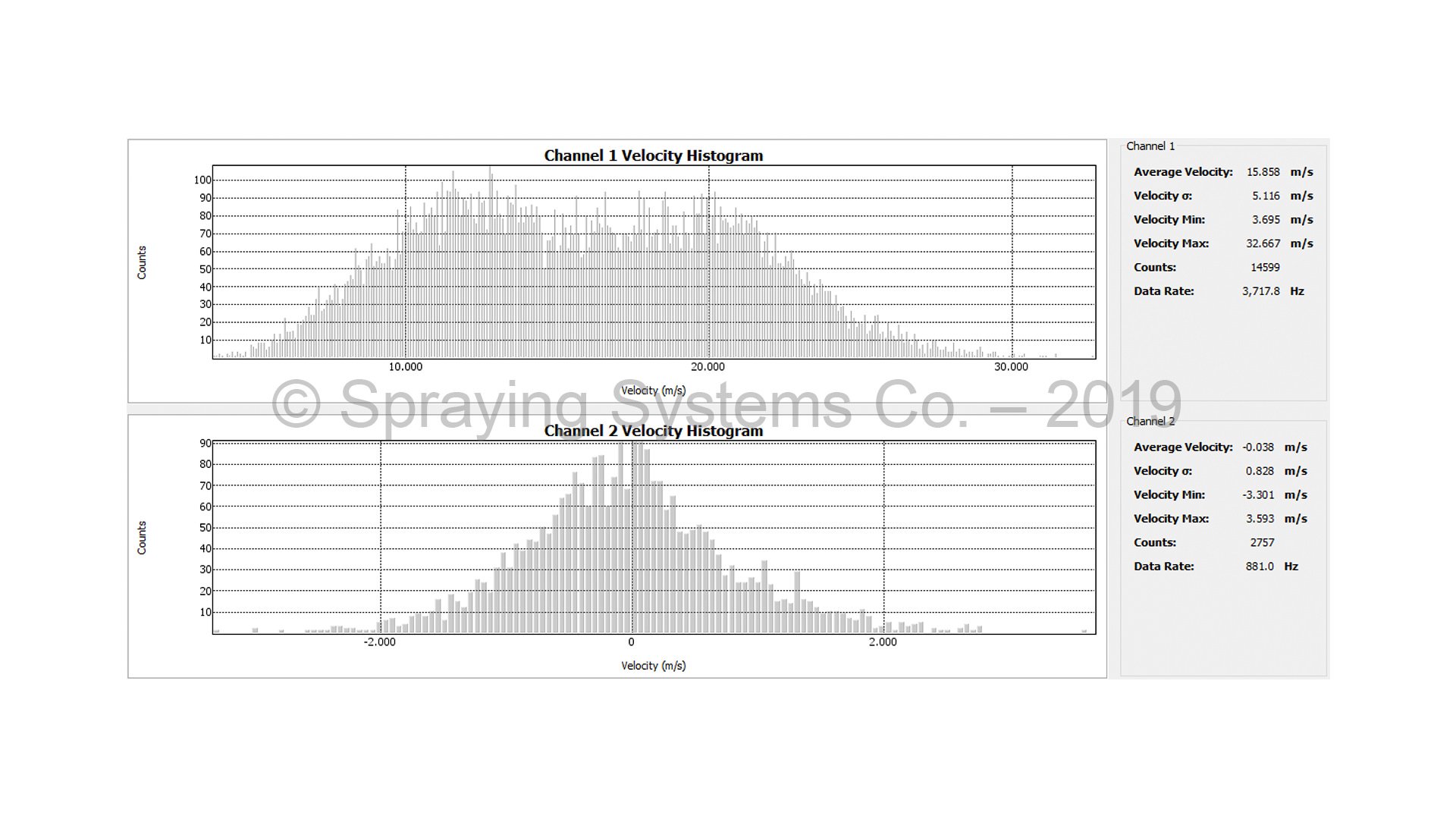 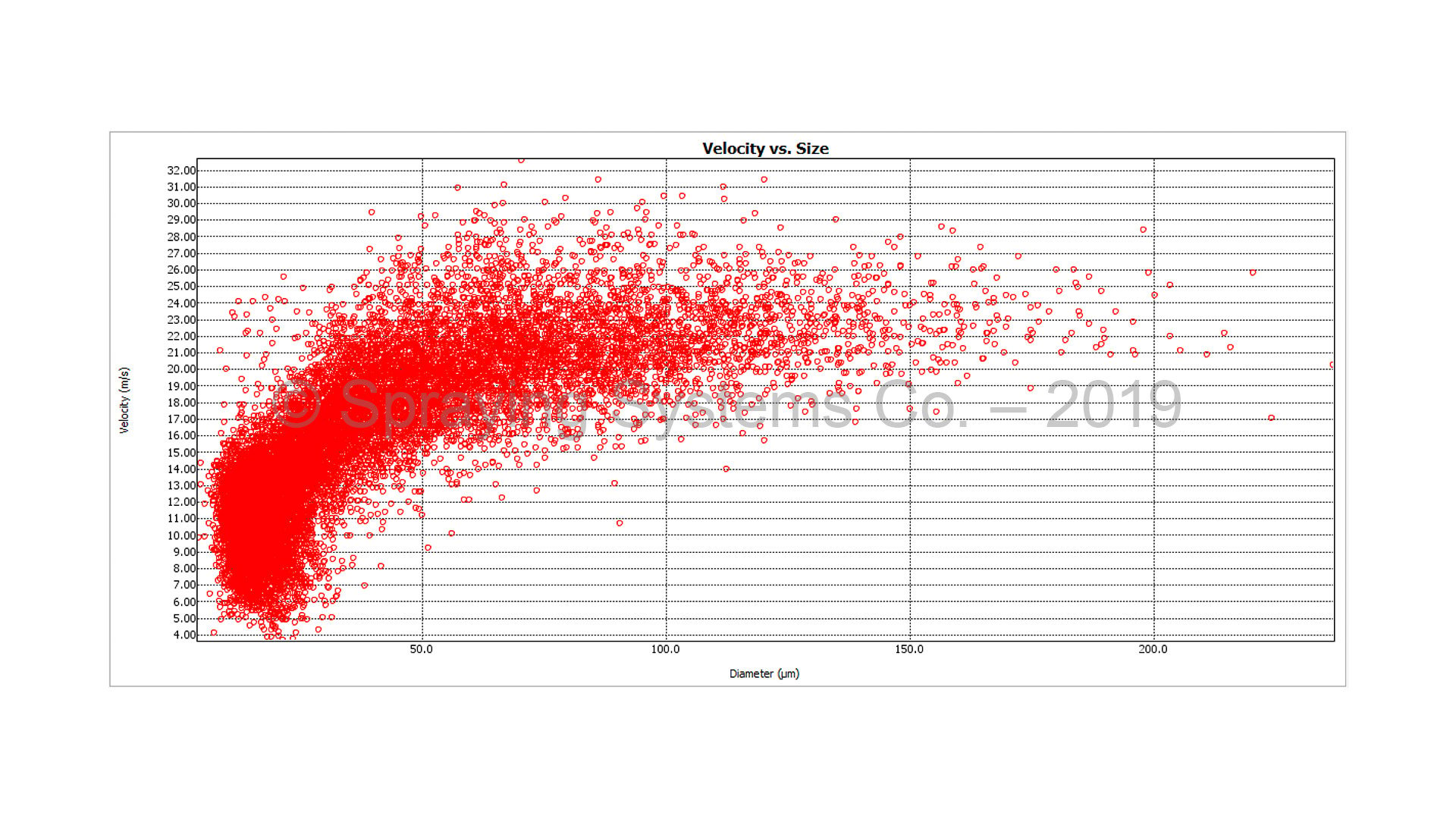 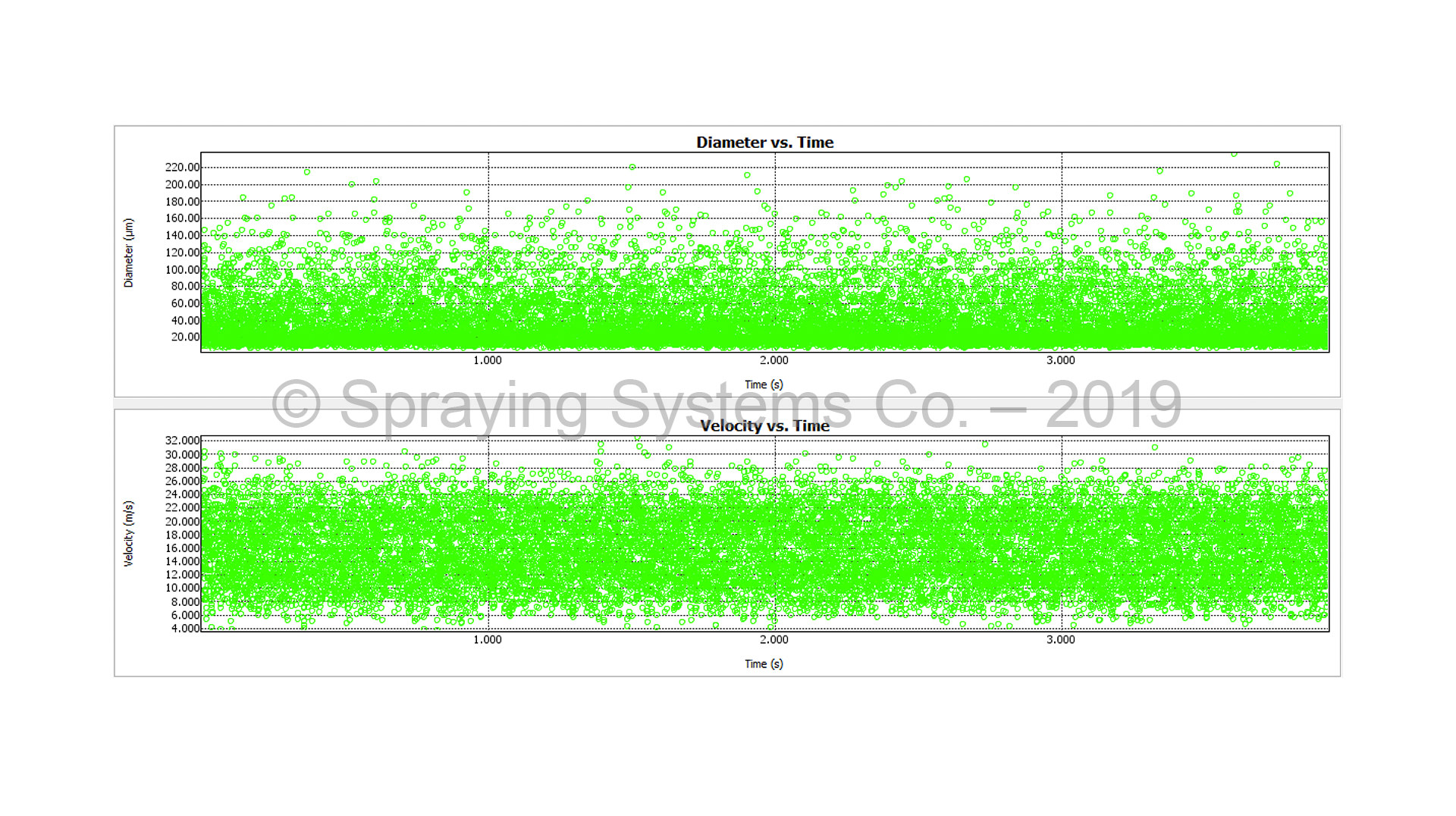 Want to learn more about the characteristics of your spray operations?  Contact us