For complete details of this case study, click here to see the PDF version.

Problem:
A major beef processor needed a better way to apply a proprietary shelf life extender to sliced products in a tray pack prior to film wrapping. In-house engineering staff had developed a spray system equipped with photooptic sensors to determine the presence of a tray pack. A pneumatic solenoid was used to turn the spray nozzles on to apply the ingredient. 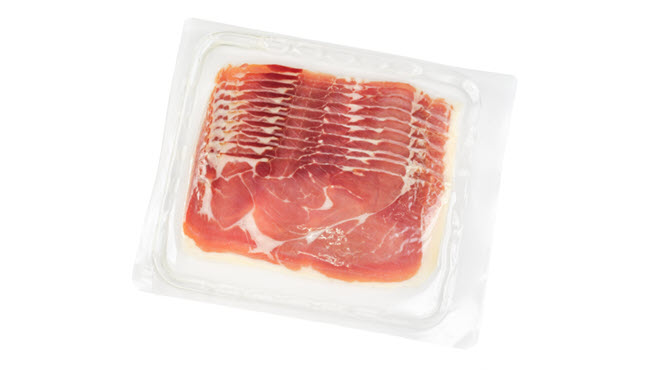 Solution:
We recommended an AutoJet® Spray System equipped with a Model 1550+ spray controller and a PulsaJet® electrically-actuated spray nozzle triggered by a laser sensor. Using a nozzle with a larger orifice has solved the plugging problems. Capable of cycling up to 10,000 times per minute, the PulsaJet nozzle’s exceptionally fast operation and positive shut-off has nearly eliminated overspray, reduced ingredient consumption and enabled the plant to completely turn off the rinsing system.

Results:
The AutoJet® Spray System has been installed on two production lines with outstanding results. Coating weights for the tray packs consistently meet specifications and consumption of the shelflife extender has been reduced by more than 70%. Reducing ingredient use has also reduced the plant’s carbon footprint by decreasing fuel consumed for transporting the ingredient totes. In total, the AutoJet Spray Systems have enabled the processor to save more than US$394,000 annually, generating a payback period of less than a month.

Perhaps best of all, the new systems have enabled the meat processor to advance its corporate sustainability initiative by saving over 1 million gallons of water annually – enough to fill two Olympic-sized swimming pools.

For complete details of this case study, click here to see the PDF version. 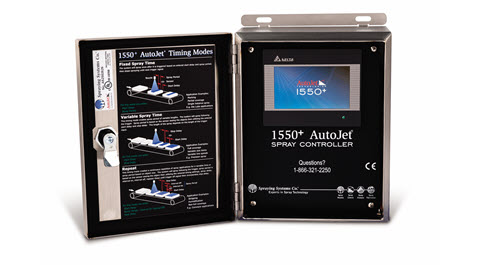 Learn more
Contact us to find the right solution for your application. Talk to an expert
This website uses cookies. By continuing to browse or by clicking 'Accept' you agree to the storing of first and third party cookies on your device to enhance site navigation, analyze site usage and assist in our marketing efforts. Learn More. Accept